Steps of the Main Building 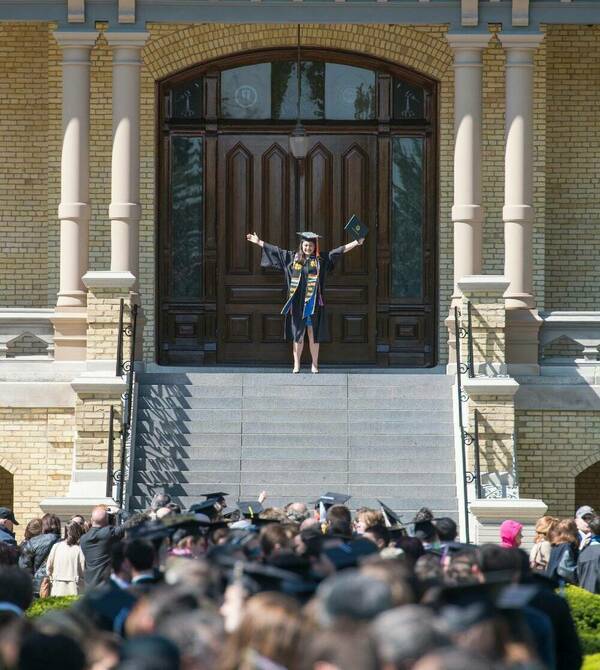 The outside front steps leading to the second floor of the Main Building cannot be used by students until after they graduate. This tradition dates back to Father Sorin, when only faculty were allowed to use the steps.

On commencement weekend, for the first time a student would walk down the front steps of the Main building, first to Sacred Heart Church and later down the steps again en route to graduation. The tradition of the steps being off limits until commencement originates in 19th-century porch etiquette and smoking rituals. Only after successful completion of a degree program was a student deemed equal enough to ascend the steps and to smoke on the porch with his professors (From “A Dome of Learning” by Thomas Schlereth).